That Was The Year That Was

Well, it sometimes seems that it's the negative of this blog's title that is in the ascendant. But what can you do? Despite, or even because of, hiring a team of gnomes on minimum wage to assist in the menial work to which they are traditionally accustomed but, in practice, generally averse, I still never seem to get around to updating this important public service - aka my blog - to the public at large.

In fact, it all seems to move at a snail's pace - which reminds me of the story of the snail who was mugged by a tortoise. Asked if he could identify his assailant, the snail said, "I don't know, it all happened so fast".
But here I am, using a dwindling window of opportunity as hastily as I can to make a quick review of 2013.

It was certainly a busy year, starting in an animal-hide tent in the Sahara Desert recording the excellent band of Touareg and Wodaabe musicians from Niger, Etran Finatawa. Photos of the sessions can be seen on this blog page here. 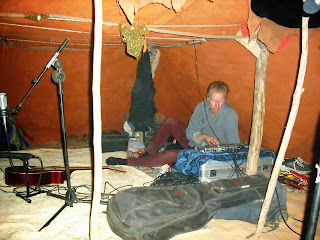 I mixed the tracks back at Wild End Studio, a high-quality recording and mixing facility masquerading as a small log cabin nestled in a peaceful valley in North Wales. 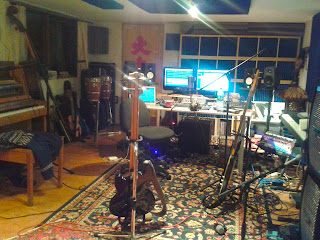 Travelling back from the sands of the Sahara to the snows of Snowdonia was an interesting contrast. 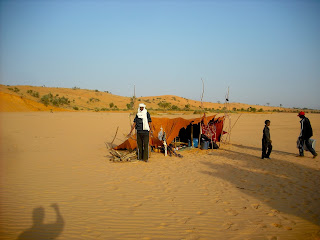 The resulting album, "The Sahara Sessions" was released in June by the World Music Network label. And you could, if you were so inclined, read all about it and even sample and download it, here!


Much of the summer was spent at Wild End Studio recording and mixing an album for the Welsh folk-rock-trip-hop combo, 9Bach featuring the soulfully ethereal voice of Lisa Jen Brown who, together with husband, guitarist Martin Hoyland, writes dark tales rooted in the seething subconcious of Welsh traditional ballads, set against a subtly unfolding sonic landscape, both brazenly edgy and smoothly opulent, starting from tinkling glockenspiel or droning harmonium and layered over with slabs of electric guitar, harp filigrees and the throb of drums and bass.
Well, that's my opinion anyway. If that sounds interesting to you, the album will be released in Spring this year by Real World Records, officially approved by Peter Gabriel himself. Here's the band's website: http://www.9bach.com/
and here's the great promo pic of Lisa taking a mallet to a boulder in Snowdonia while Martin holds her shoes, as any gentleman would. 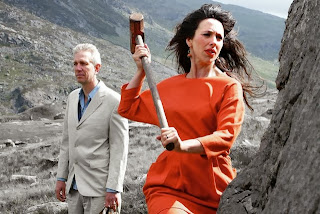 And then it was September and off to the above-mentioned Mr Gabriel's Real World Studios in Box, Wiltshire, to begin rehearsals for the long-awaited by many, (including me), Camel Tour. Four weeks rehearsal was deemed necessary to limber up and get the juices flowing again before we could undertake our two-week tour. As it turns out, I personally thought we were ready after the first two weeks, but what the hey, it was fun to be hanging out and playing every day with Andrew, Guy, Denis and Jason. I did manage to post a few thoughts and photos here on this blog - see links at right or just scroll down, whatever takes your fancy.

To celebrate the tour and the 15th Anniversary of my album "An Outcast of the Islands", I re-released it, remastered and restored to its original running order in a nice new cardboard gatefold sleeve with some new explanatory sleevenotes from myself. You can buy it here: http://www.colinbass.com/#/shop/4568144919/An-Outcast-of-the-Islands/3312501
and I will be most thankful. 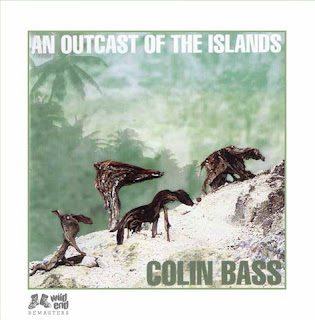 "But what of a new release?" say many people to me. Well, since the Camel tour , I've been working with composer/keyboarder/Fender Rhodes specialist, Daniel Biro, on a new set of tunes for a new album. More information will be forthcoming, when we deem it to be grown-up enough to leave home and go into the world.

Meanwhile, there's the upcoming part 2 of the Camel - Snow Goose Tour in March 2014. 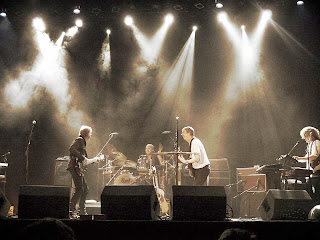 And the dates are:


After which, I will say farewell until the next blog, wishing us all a Safe, Healthy, Creative and Happy New Year with the hope that 2014 will bring more Peace, Love, Harmony and Understanding to our troubled world. 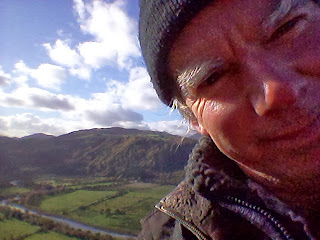