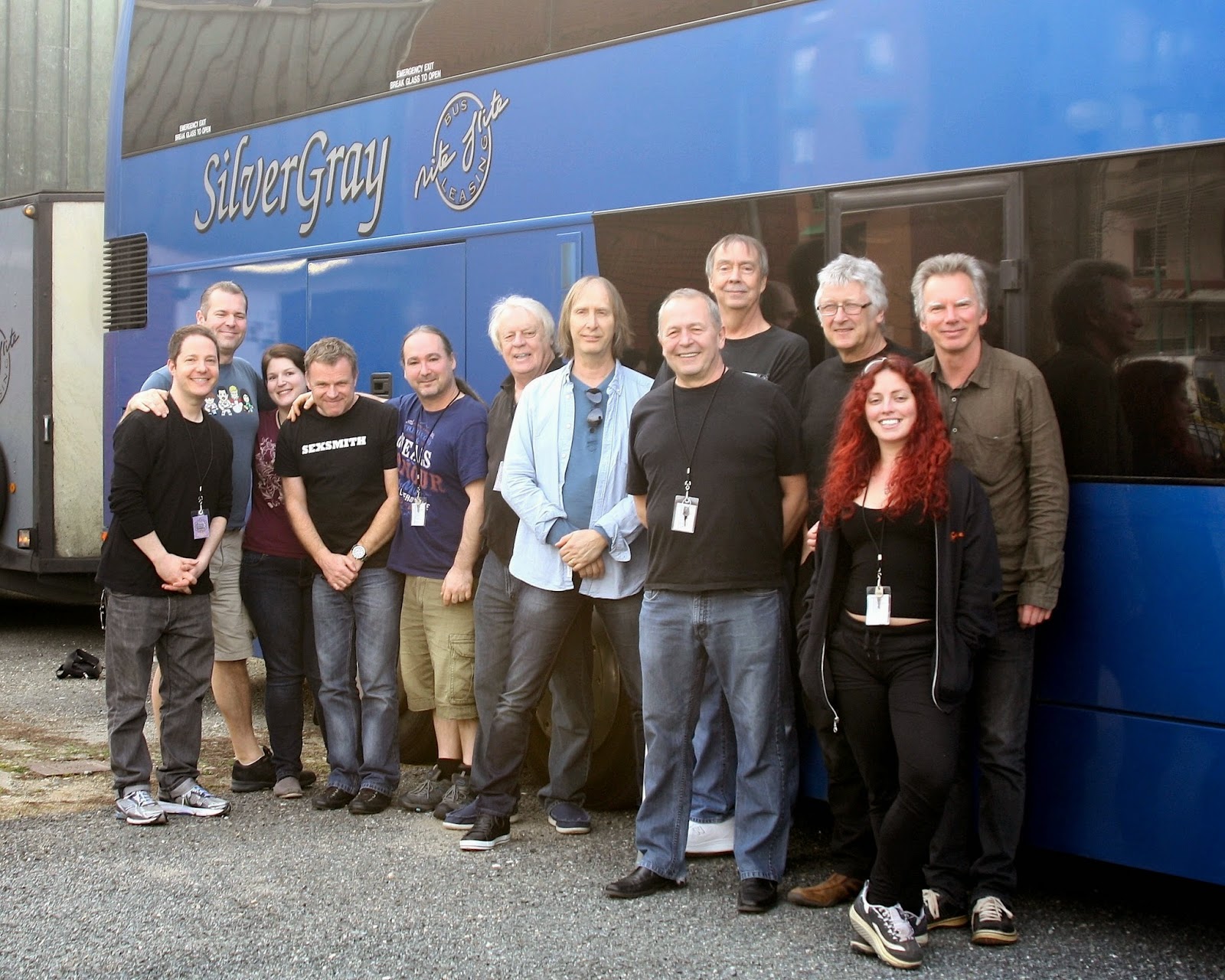 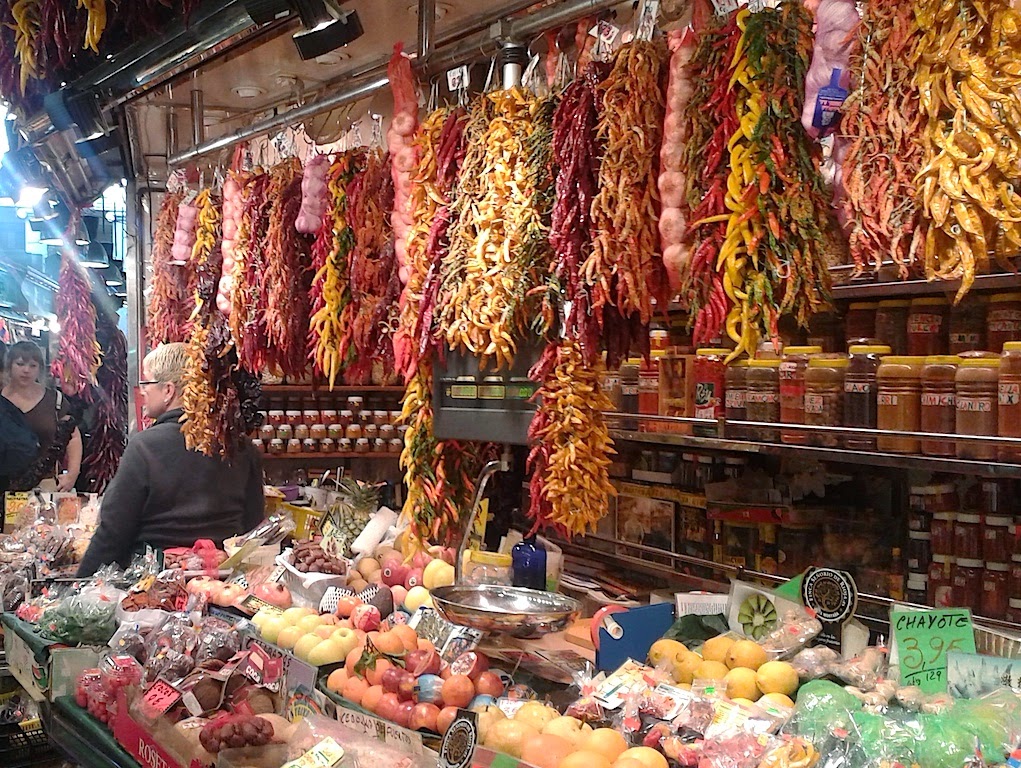 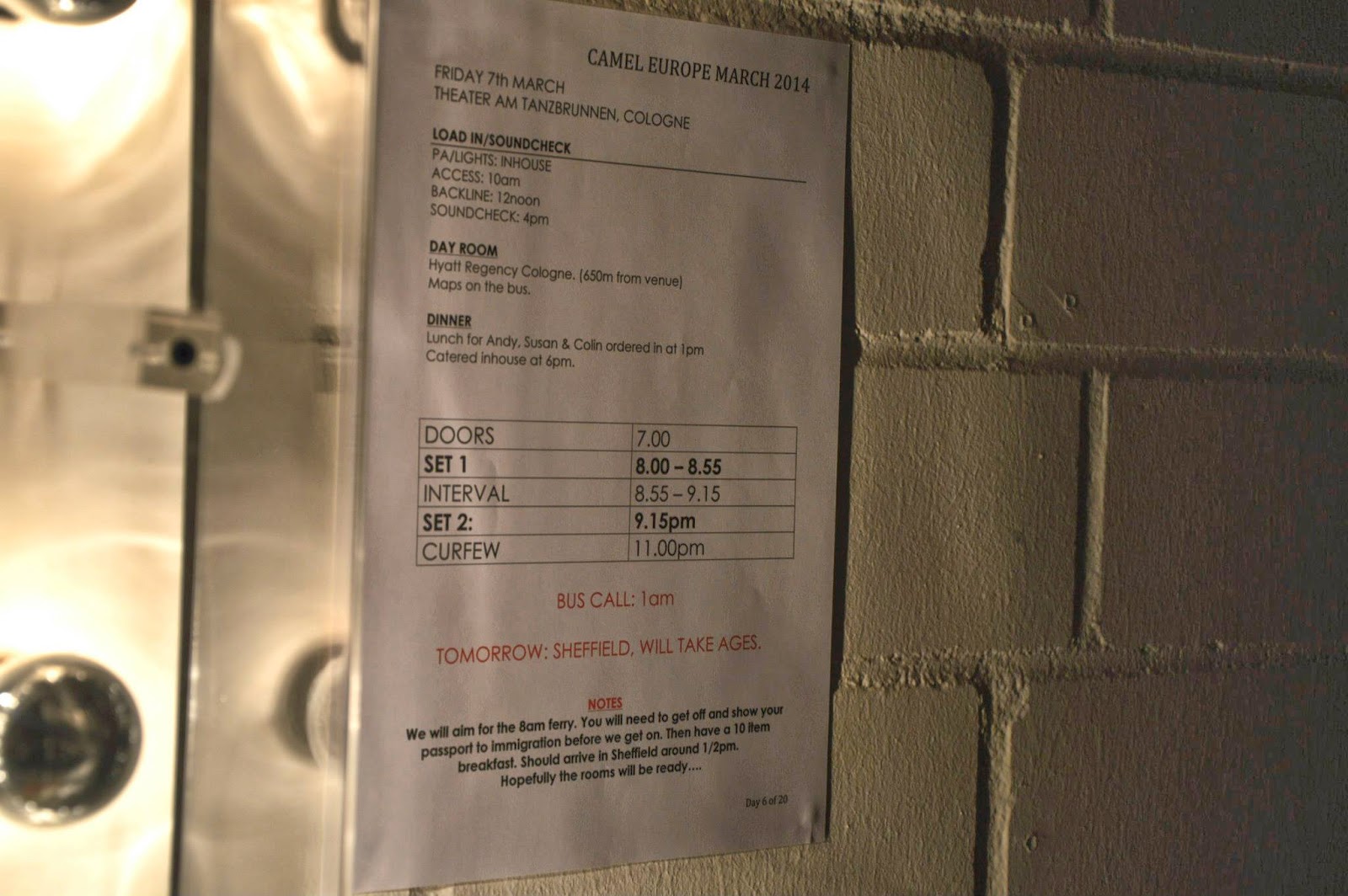 It's been a while since we last met, dear reader. Time becomes particularly elastic once one has spent a few nights on the bus. Well, as per schedule (see above) the journey from Cologne to Sheffield did indeed take ages but the next four gigs went by in a seeming trice. And in case you didn't know, a trice is not only a brief moment of time (when you're in it), it also means to haul up or in and lash or secure with a small rope, which may also be relevant but I can't think how at the moment. Anyway, it was nice to be playing in the UK again. Here's some snaps...


Before sound-check at Birmingham I popped across the road to the Birmingham City Art Gallery, a wonderful old piece of Victorian civic architecture. Enjoyed seeing the six tapestries by Grayson Perry entitled The Vanity of Small Differences. Read more about that here. And was also particularly taken with the enormous Burne-Jones watercolour, The Star of Bethlehem. As with the Grayson Perry tapestries, it pays to get up close and take in the details. 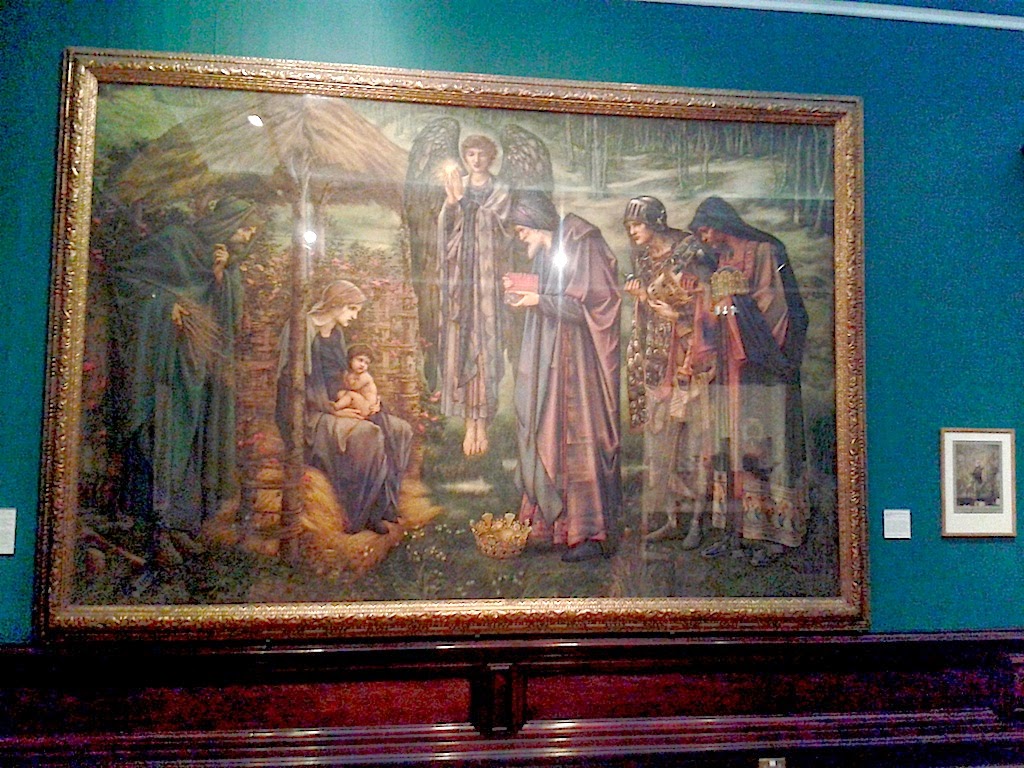 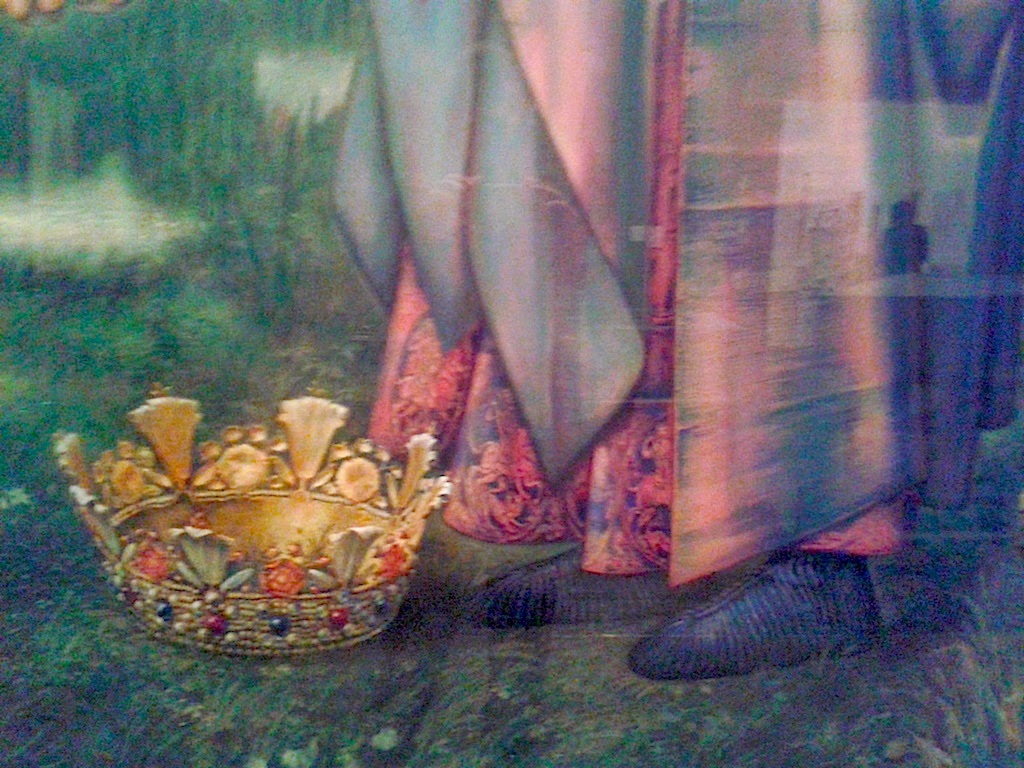 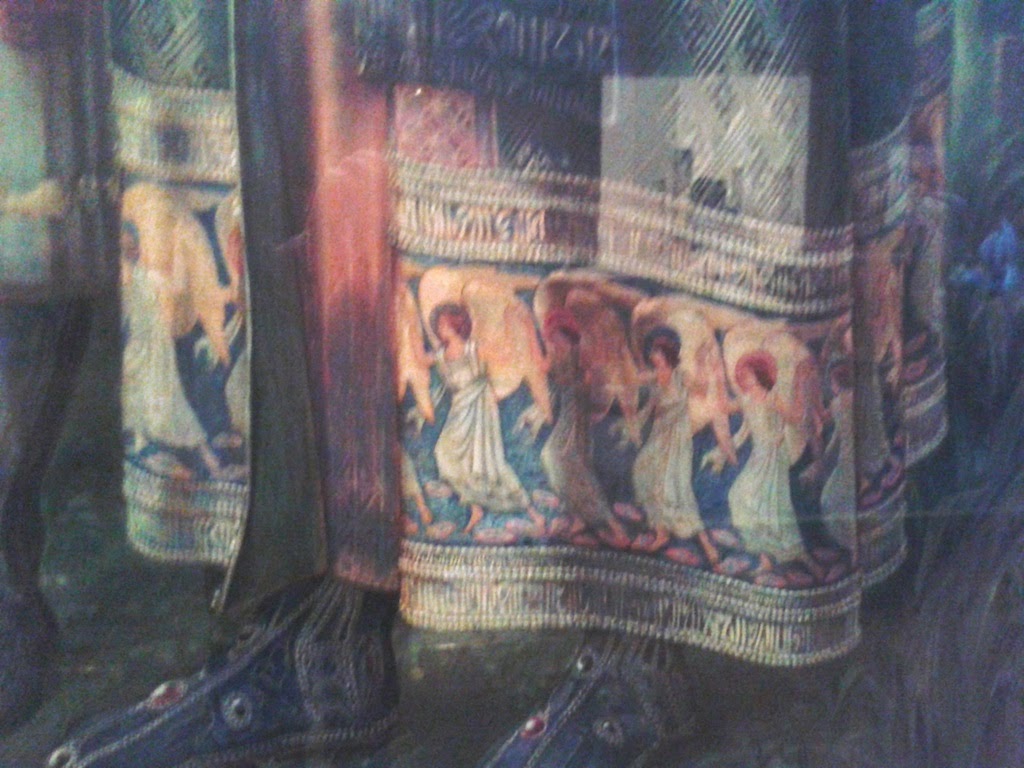 The Cambridge Corn Exchange is a wonderful venue and we enjoyed ourselves greatly and, at the risk of repeating ourselves, we also had a great time in the cosy and characterful confines of the Paar Hall in Warrington. All thanks to the sheer, unbridled niceness of the audiences.
From Warrington, overnight to Portsmouth to wait around a bit for the afternoon ferry to Bilbao. It was relatively plain sailing all the way, 23 hours worth. The view from my cabin was unchanging, except of course at night when it was invisible. 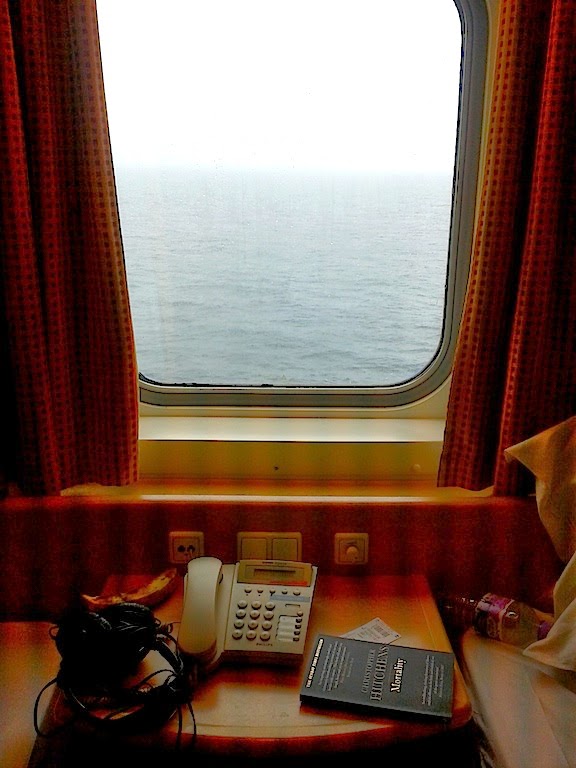 Then it was back in the bus for another 12 hour overnight drive to Lisbon. It seemed as if we were travelling in a grey mist the whole of the journey so it was a pleasure to be greeted by sunshine and blue skies upon emerging from my dark inner sanctum on the bus into the Lisbon light. The gig was at the concert hall of the University. Denis and I negotiated the metro and made our way to the Barrio Alto where we enjoyed the view at the Miradore and then repaired to a little restaurant in one of the old callées and enjoyed a pleasant lunch of octupus and sardines washed down with some refreshing vinho verde. So that was nice.


then a quick espresso at the bar of the café brasiliana and back to the soundcheck... 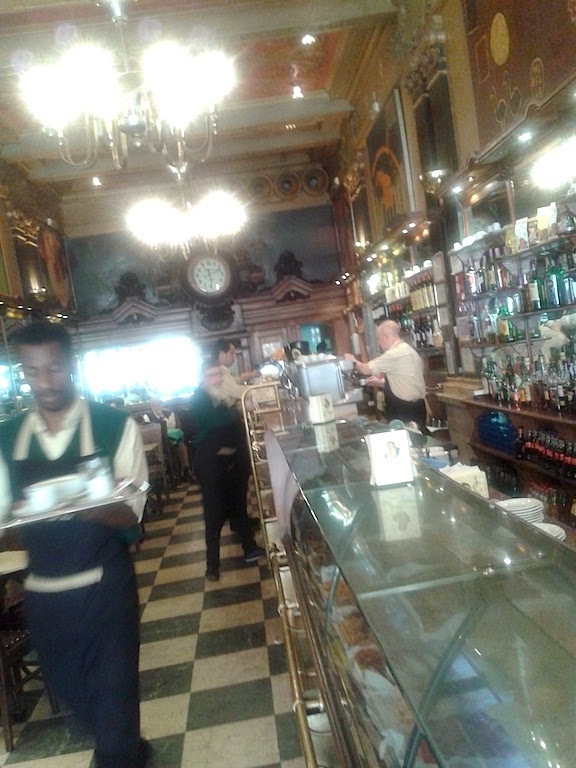 The gig was once again a most enjoyable experience with a warm and animated crowd cheering us on. Great to be in Portugal again. Organisation was impeccable, excellent catering. Thanks to all.
After the show, back on the bus for an overnight drive to Madrid. It's all go.... 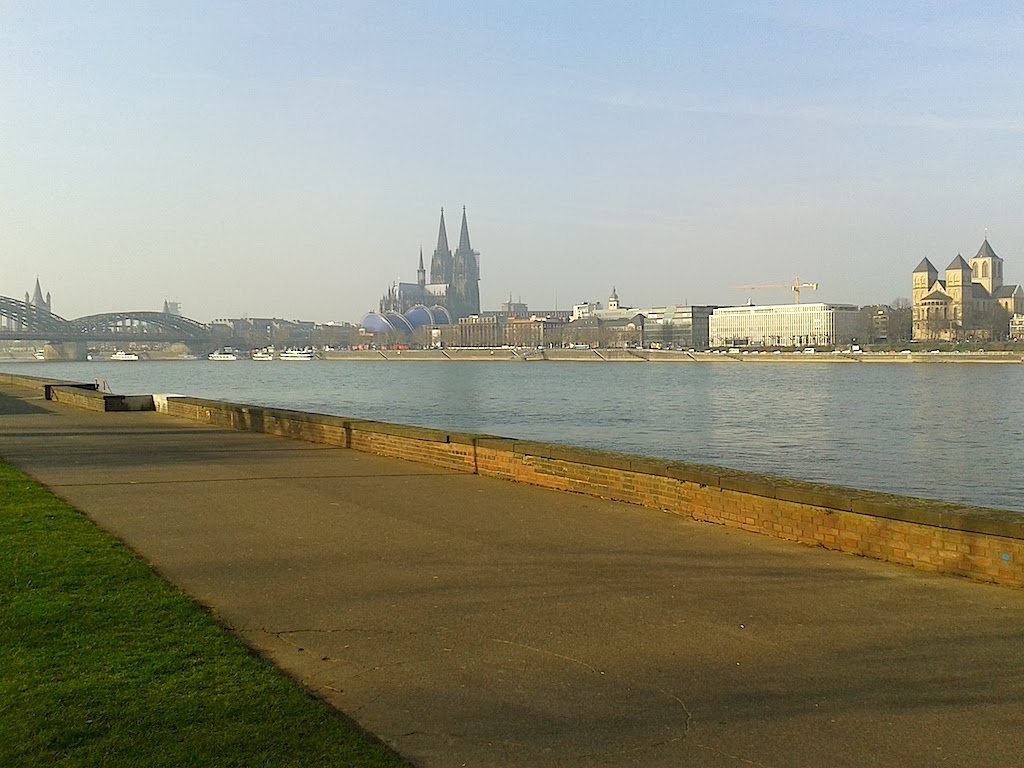 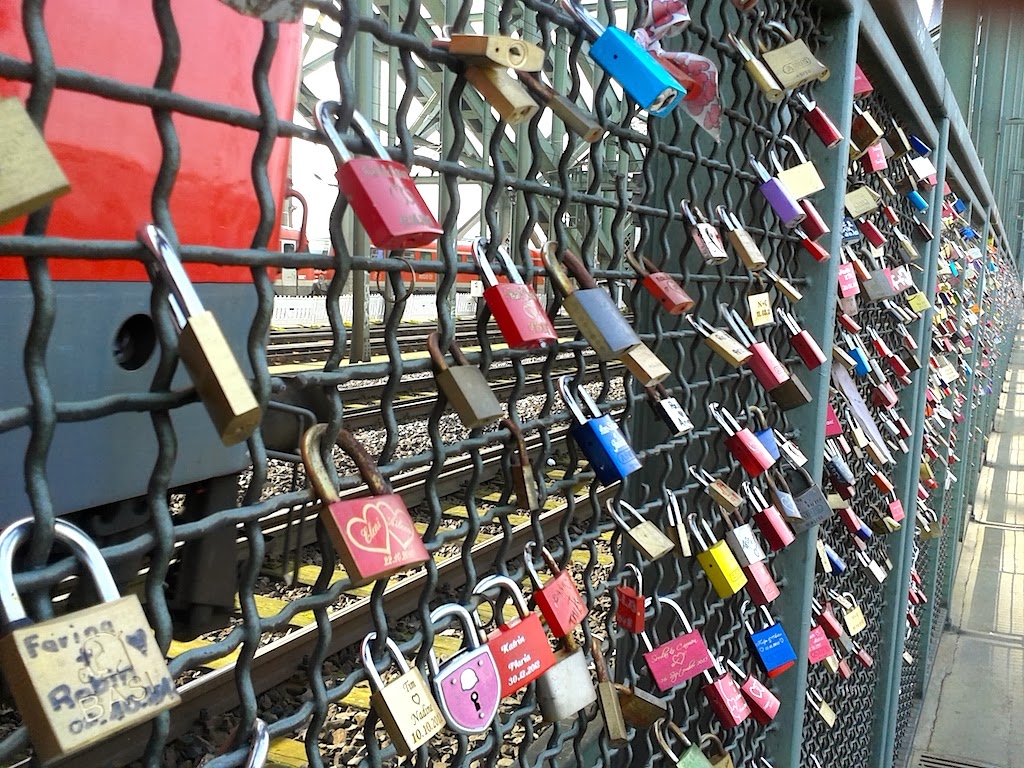 Eindhoven gig most enjoyable. Lovely concert hall with excellent backstage facilities - very important after a few nights on the big bus. And after meeting with some nice people afterwards it was back on the aforementioned vehicule grande and, after some tricky maneuvering of the bus through crowds of convivial, colourfully dressed carnival revellers,we were off to the historic Belgian city of Gent. Venue was the old music hall/balhaus/theatre called the Vooruit, built in 1913. 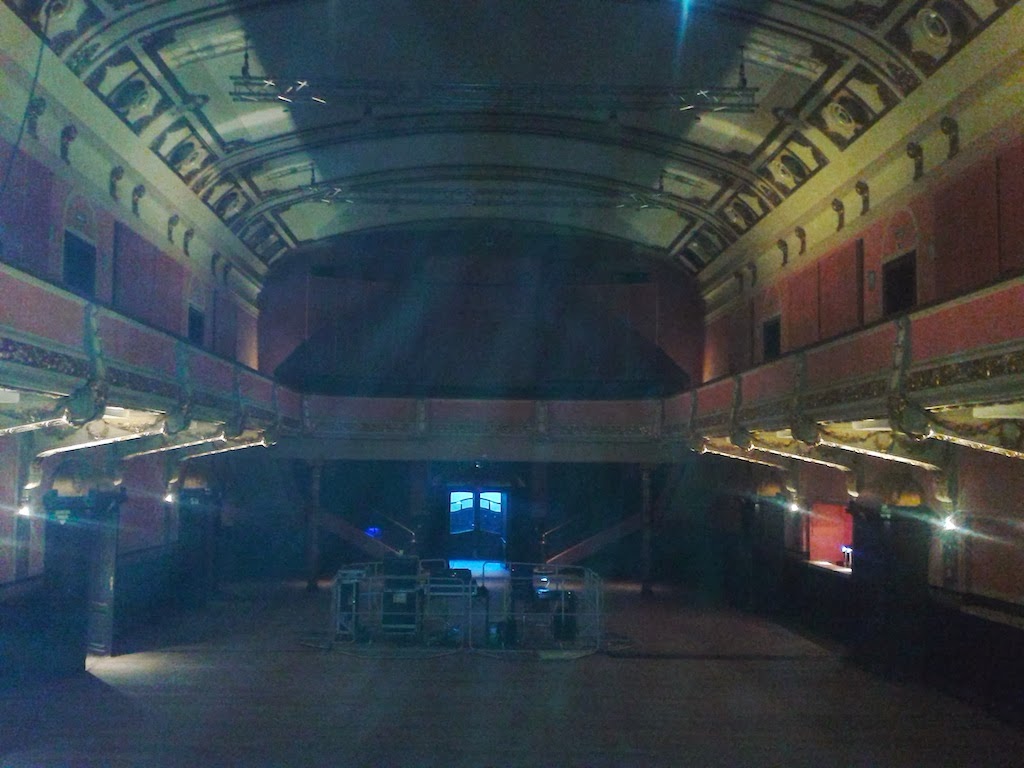 Photo taken at sound check, but before then I had a chance to wander around the beautiful old town centre. Here's some snaps from there.

Then back to the sound check.


We all had a good night at the Vooruit and enjoyed meeting some nice folks afterwards, including almost the entire Ducept family (Salut!).


Back on the bus and rolling through the night to Deutschland, arriving in the morning of a most welcome day off and a night in a proper bed. Availed myself of the sauna and caught up on events in the Ukraine. Currently also reading Christopher Clark's fascinating book, "The Sleepwalkers - How Europe Went To War in 1914" and wondering what parallels we can draw from that.
Thursday, we move on to the Filderstadt Filharmonie, Stuttgart.