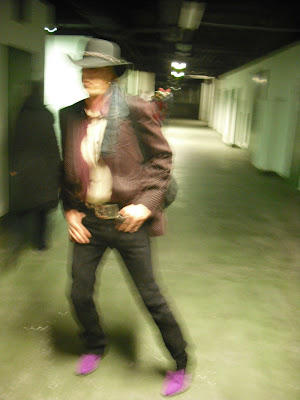 But darkness intervened as a predilection for alcohol turned into an addiction and he began the long slide down to the bottom, leaving his promising career behind. By the mid-90s he had kicked the habit, thanks to Alcoholics Anonymous, but he was living in his van, making deliveries to survive. In 2000 he got a tip from a musician friend in Berlin that there was a guitarist job available in the orchestra pit for the musical Falco, so with nothing to lose, he spontaneously gave away his van and bought a one-way ticket to Germany, arriving with one guitar and a bag.
The job was gone but he fell in with some expatriate friends and landed in the band of the redoubtable American jazz, soul and blues singer Queen Yahna, long a popular figure on the German music scene. When not gigging with Queen Yahna, he played and sang jazz standards in the Intercontinental Hotel in Berlin and thus became, as John F. Kennedy before him, a Berliner.

Although back in the restorative power of music, Prince Robinson was not someone who could easily assimilate himself into the material world and his future as an alien in Germany was uncertain. Fortunately, he was to meet his great friend and protector, Katharina Hahn, who helped him establish himself as a Berliner, enabling him to spend the last decade of his life in the city whose turbulent history was an endless source of fascination for him. With Katharina Hahn as his executive producer he began his most productive period. He recorded two albums with famed LA producer and old friend Dennis Moody: Burning Desire, a collection of mostly original blues, rock and fusion based songs exhibiting the compelling dark imagery of his lyrics, backed by the top-class bass and drums of Chris Chaney and Gary Novak and the virtuoso Hammond Organ stylings of Wolfgang Roggenkamp; and Almost From Sunrise, a collection of well-known Blues standards in stunningly fresh arrangements, backed once again by Wolfgang Roggenkamp on Hammond Organ and electric piano, British bass player Colin Bass and ex-Defunkt drummer Kenny Martin. 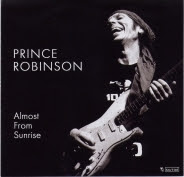 There followed tours in Germany, Holland, Belgium and Poland under the name Prince Robinson and Burning Desire. He formed a trio with bass player Colin Bass and drummer Denis Clement and recorded the eponymous album RBC and went on tour in Germany and Poland again. 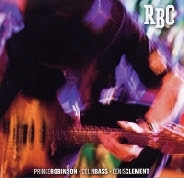 But as the first signs of his failing health began to show, he spent his time recording at his home, storing up an archive of material. He would go to the library and take out piles of music manuscripts by Bach, Schubert or Monteverdi – choral works, quartets and chamber orchestra pieces – and rearrange them for his multi-tracked guitars. Fascinated by his discovery of the inner workings of these classical pieces he recorded a number of Bach fugues and investigated the work of Anton Brückner, the Italian composer Carlo Gesualdo and the English Renaissance composers John Dowland and William Byrd among others. A selection of these pieces can be found on the album Classics One and Classics Two. 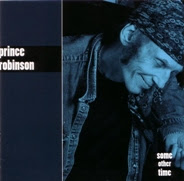 During this period he also recorded a number of jazz, blues and soul standards, originally recorded as a private gift for Katharina Hahn, now collected on the album Some Other Time, as well as working on a number of original pieces designed to complete an unfinished project with Dennis Moody called Expiation. Elegiac and melancholic, dense and turbulent, provocative and witty, featuring cinematic tone-poems for multiple guitars and complex compositions accompanying poems by Edgar Allen Poe, Charles Bukowski and Rainer Marie Rilke, this sprawling magnum opus offers an insight into the mind of a unique artist and a troubled but wise individual, who attained his wisdom the hard way but left those who knew him enriched.
Prince Robinson died in Berlin, Germany on the 4th of December 2011. All Prince Robinson albums are available for download at major online music stores, courtesy of The Orchard.